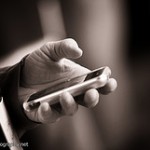 .
A lot of entrepreneurs are yet to present their startups at major conferences in the year 2010. I will be bringing you the top startups that make it to the top and those that will be winning in the various competitions.The following are some of the popular conferences you should know about. Take a loook at these events about startups that have been registered at LinkedIn for the year 2010.. I will do my best to present the major ones from January to December.I will appreciate it if you can also tell us about other conferences in 2010 that will not be listed below.

January 2010
The 2010 Southeast Venture Conference (SEVC) announced the first round of companies selected to present at their upcoming conference. The conference is scheduled for February 24-25th at the Ritz-Carlton in Tysons Corner, Virginia.

Women Unlimited: Business Startup Mini Conference to held on Wednesday, January 20 2010, 10:00am – 4:00pm. This is Women Unlimited’s first business startup mini – conference, and is designed to give you and your fledgling business or business idea, a boost.
Startup Riot 2010 is a one day conference on February 17, 2010 in Atlanta, GA. Through out the day fifty startups will take the stage and present themselves in 3 minutes and 4 slides. Presenters and attendees will have the opportunity to win prizes throughout the day.

The Next Web Conference! The Next Web brings together the best audience and companies from Europe and the US to discuss the future of the web. April 27+28+29 / Amsterdam.. Startup demo and presentations happen at the The Next Web Startup Rally

The wireless health market will double in size next year as wireless carriers launch healthcare-focused business units, care providers ramp up pilots and consumers demand more tools to track their health decisions. Attend the Everywhere Healthcare 2010 on March 24, Las Vegas to learn from the wireless health pioneers why this is one of the industry’s fastest growing sectors.

All Set For The f8 Conference in 2010 .Looking forward to the conference which is scheduled on April 21-22, I can already see a lot of social technologies for the year.

Texas Israel Chamber of Commerce is holding its Clean Tech Conference 2010 in Austin featuring the best Israeli cleantech companies designed for building business opportunities for cleantech companies in Texas, all of USA and Israel.Its scheduled for February 22, 2010 .

On May 11 in San Francisco, FinovateSpring 2010 will again showcase dozens of the most cutting-edge innovations in financial and banking technology from hot young companies AND established leading companies. FinovateFall 2010,will return to New York City on October 5 to showcase dozens of the biggest and most innovative new ideas in financial and banking technology.

Be part of the exclusive unveiling of the most promising new products and prototypes of 2010. DEMOspring 2010 provides a window into technology’s future and introduces you to the people and companies who are paving the way. Sunday, March 21, 2010 at 05:30 PM-to-Tuesday, March 23, 2010 at 06:00 PM

GamesBeat, the conference for leading executives in the game industry, has partnered with the Think Services Game Group, producers of the Game Developers Conferences, for the upcoming Game Developers Conference 2010. [email protected] will take place on the second day of the GDC Summits, Wednesday, March 10.
Image by flickr
Check out techcrunch list of events for 2010