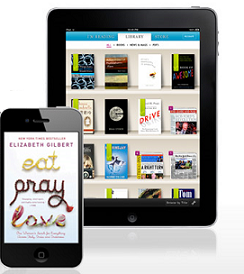 Kobo, the global eReading service built on an open platform, has revealed its Holiday 2010 momentum. This Christmas, readers around the world received new eReaders and iPads and other eReading devices under their tree. Over a million people connected to Kobo, and hundreds of thousands of devices were activated each day since Christmas Eve, fuelling the highest eBook download rate in the company’s history. People around the world chose Kobo this Christmas, with the popular easy-to-use Kobo Wireless eReader, dozens of compatible eReaders, top-rated applications for iPad, iPhone, Blackberry, Android, and one of the largest catalogues in the world with over 2.2 million eBooks, newspapers and magazines.