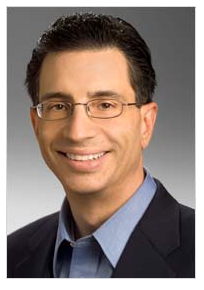 Coupons.com is the leader in digital coupons. It is the thirty ninth largest website in the US. The company is approaching billion dollars in printing savings. Coupons.com, is a Top 50 Web property and the company is the go-to source for coupon-enabling the marketing programs, including Web sites, email campaigns and social media initiatives, for the largest brands in the world. Steven Boal founded Coupons.com Incorporated in 1998.

Where the original idea came from?

I was visiting my father in law and reading the Sunday paper when he pulled the coupon section out and started cutting through it. Now I’ve been married for a period of time and thought sure the lesson being delivered to me was be frugal, treat my daughter well and you’ll be successful in your life. And so I looked at him and asked him some questions and pointed out the fact that I’m not a Sunday coupon collector. And he got a little agitated with me. And he yanked down a shoebox full of coupons and demonstrated for me which coupons could be doubled on which days of the week, which grocery stores use which types of coupons. And it was only two weeks later, when I picked up the newspaper and I remembered the scene with my father in law that I got on to the Internet and researched what this coupon industry was all about. And it was literally a forehead slapper. It’s a six and a half at a time billion dollar industry, six and a half billion dollars. And one that hadn’t changed say for things like barcode changes, over the past twenty five years. And so it was from that “seed” of an idea that I set out to try and shift what was then targeted to be that market place onto electronic media.