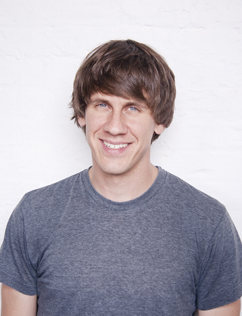 Crowley developed a second version of the original Dodgeball service called Foursquare in 2009. Foursquare, offering location-based social networking services via mobile devices, had over 3 million users worldwide as of September 2010.

[Dodgeball] was very difficult to explain to people. It was mobile, it was social, I mean you needed a friend’s list, which no one was doing at the time. So it didn’t really gain any traction. It didn’t pick up traction until around 2003 / 2004 when I was at ITP, this grad program at NYU, with my buddy Alex. We were able to re-invent some of the Dodgeball stuff in the context of “Hey it’s like Friendster but for cell phones.” And once we started doing that, people got it and we were able to reach a wider audience.

– He co-founded foursquare because Google shut down Dodgeball.

It was two of us [Dennis and foursquare co-founder Naveen] for I do not know if it’s like five months or so. So, you know, he was working on front end side and I was on working on the back-end side and the website site.

In January 2010, Foursquare changed their location model to allow check-ins from any location worldwide. As of December 2010, the service had 5 million registered users internationally.