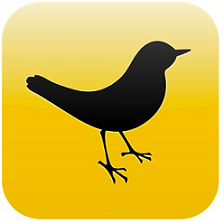 Tweetdeck, the software for social-media ‘power users’, has unveiling Deck.ly, the latest strand of its plan to ease its dependence on Twitter and become a greater platform in itself.

Deck.ly allows Tweetdeck users to post Twitter updates longer than 140 characters. Software updates will be pushed out on Monday after some testing, with Facebook support coming further down the line

Iain Dodsworth, founder and chief executive, says users have been “very vocal” in demanding this heretical feature. Users of Tweetdeck’s desktop, Chrome and mobile apps will be able to read these verbose posts seamlessly within the app.

“From day one [of Tweetdeck], it was one of the things almost everyone was screaming about,” says Mr Dodsworth. “I’ve been very protective of the fact that [140 characters] is a platform limitation of the services we sit on top of and we have to have an element of respect for that. Going around that core tenet of Twitter could be a sensitive move. We don’t know how they feel about it. But we are tailoring to an audience that wants functionality the general user of Twitter doesn’t care about.”