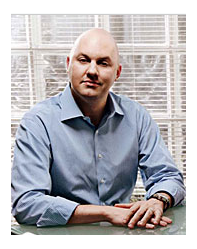 Marc Andreessen is an American entrepreneur, investor and a software engineer.

He is best known as co-author of Mosaic.

Andreessen was born in Cedar Falls, Iowa, and raised in New Lisbon, Wisconsin, US.

He received his Bachelor’s degree in computer science from the University of Illinois at Urbana-Champaign.

He founded Opsware and later sold the company to Hewlett-Packard.

Andreessen co-founded Ning and is an investor in social news website Digg and several other early-stage technology startups, like Plazes, Netvibes, CastTV and Twitter. His latest project is the RockMelt browser launched in 2010.

Marc Andreessen is a co-founder and general partner of the venture capital firm, Andreessen Horowitz.