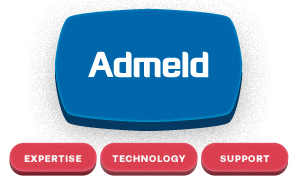 While advertisers spent $353 million through real-time bidding platforms in the United States during 2010, estimates suggest that number will reach $823 million in 2011, per a new study.

The findings, presented by Forrester Analysts Michael Greene and Joanna O’Connell, were commissioned by Admeld and presented at the company’s Annual Partner Forum.

In the wake of new study and the enormous growth in this industry, Google had no choice but to buy Admeld ( one of the leaders in real-time bidding platforms ) out to make the company a subsidiary of Google.

Google was willing to spend $150-$200 million on Admeld, but that price was too low for Admeld.

Admeld is a real time bidding platform (RTB), which means publishers can sell ad inventory in real time to the highest bidder. Their mission is to keep premium publishers on the cutting edge of advertising technology, enabling them to maximize their revenue and sell their inventory smarter and safer.

But notwithstanding Admeld’s refusal of the offer, Google will still scout for an alternative and acquire it . Watch out for thew news soon.