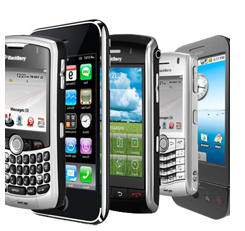 New research by Accenture shows that nearly half (45 percent) of the most active mobile device users would welcome the opportunity to pay for goods and services using their mobile phone, despite the fact that 73 percent expressed significant privacy and identity theft concerns.

The following statistics are the latest research findings as conducted by Accenture.

When survey participants were asked if they had used a mobile phone to make purchases in the past six months,
nearly half (47 percent) of tech forward consumers in China indicated they had, followed by Korea (42 percent) and Japan (33 percent).

The use of barcode or near field communications (NFC) technology to interact with their shopping environment in Asia.

# 38 percent of consumers surveyed had scanned a product’s barcode while shopping to get additional information
# 36 percent had displayed a digital ticket for admission to an event or to board a flight
# 31 percent had purchased an item or received a coupon from a smart poster containing an electronic tag or barcode.