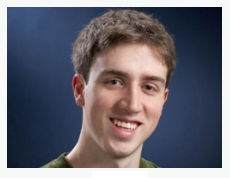 # Adam D’Angelo is the co-founder of Quora.

# Quora is a question-and-answer site with incentives to get people to share specialist knowledge. It features an activity stream of questions running down the page from friends and topics you follow. Quora uses Digg-like up- and down-votes to rank answers.

# He received a bachelor’s degree in computer science from the California Institute of Technology.

# In 2005, Adam was one of the top 24 finalists in the international Topcoder Collegiate Challenge

# Adam D’Angelo is a board member at Asana.com

# Adam was inspired to create Quora because he thought:

“that Q & A is one of those areas on the internet where there are a lot of sites, but no one had come along and built something that was really good yet.”

# In an interview granted to Venture Beat , he was asked whether Quora was what he knew he wanted to do when he left Facebook? This is what he had so say:

I knew I wanted to start a company and I spent a lot of time thinking about it. And after several ideas, I thought that this one was the one with the most potential. When you look at Google, its job is to find you the perfect web page. There are a lot of cases when you want to know something and a list of websites isn’t ideal. For example, If you’re looking for an overview, Wikipedia usually has a good, edited aggregation of content. So one way

of solving these cases is to pull all of this information out of people’s heads and get it into a useful format that can be shared.