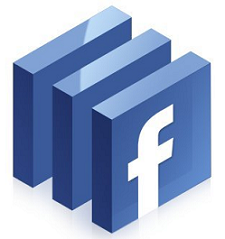 Facebook has close to 600 Million users and a lot of startups have explored the space and have developed dating apps for probably the largest singles on one of the biggest social networks in the world. Facebook dating apps are becoming increasingly popular. Facebook itself is a dating site where a lot of people meet to flirt, chat, make friends and exchange gifts. And there are a lot applications that makes it possible to flirt on Facebook.

The popular dating apps on facebook include Zoosk and Badoo. Investor confidence in the space is also growing. Zoosk raised $30 million in funding for the app growth.

Badoo has over 3.20 million monthly active users. The site utilizes a Facebook Connect integration that works with its Facebook app. Using Connect or the app, a user automatically is fitted with a profile that includes their name, age, location, sex and profile photos.

Other applications include SpeedDate, Matchmaker by Match.com, HOT or NOT, Are YOU Interested?, Dating Free Datepad, Online People, Compare HOTNESS, Meet New People, and Would You Sleep With Me.

Heartbroker is the new addition to the space that launched February 8. The site intends to keep your search for a date private. Heartbroker determines compatibility by incorporating feedback from trusted friends.

Searching for “dating” on Facebook will yield hundreds of Pages, apps and groups. Most of these don’t include apps, but rather, are gathering places for like-minded people looking to date. Online dating sites like eHarmony and Match.com are doing all they can to gather as many people to their sites as possible, but an app that can tap into the millions of singles on Facebook and offers what people get on traditional dating sites with the complete features on Facebook can disrupt the space.