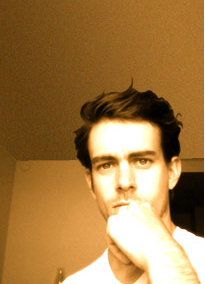 # Jack Dorsey is an American software engineer and an entrepreneur best known as the creator of Twitter.
# Dorsey grew up in St. Louis, Missouri, and by age 14, he had become interested in dispatch routing. Some of the open source software he created in the area of dispatch logistics is still used by taxicab companies
# He went to high school at Bishop DuBourg High School
# Dorsey attended Missouri University of Science and Technology before subsequently transferring to New York University
# MIT’s Technology Review named him (in the Technology Review 35(TR35)) as an outstanding innovator under the age of 35.
# In Oakland in 2000, Dorsey started his company to dispatch couriers, taxis, and emergency services from the Web.
#
The Twitter story

In July 2000, building on dispatching and inspired in part by LiveJournal and possibly by AOL Instant Messenger, he had the idea for a Web-based realtime status/short message communication service. When he first saw implementations of instant messaging, Dorsey had wondered if the software’s user status output could be shared among friends easily. He approached Odeo, who at the time happened to be interested in text messaging.Dorsey and Biz Stone decided that SMS text suited the status message idea, and built a prototype of Twitter in about two weeks. The idea attracted many users at Odeo and investment from Evan Williams who had left Google after selling them Pyra Labs and Blogger.

# He is now the chairman of Twitter.
# In May 2009, Dorsey announced his latest startup, Square. Square, originally code-named Squirrel, is a mobile payment startup with both an app and a piece of hardware that allows the iPhone and Android to accept credit card payments.
# Jack Dorsey’s 3 Keys to Twitter’s Success
1) Draw: get your idea out of your head and share it
2) Luck: assess when the time (and the market) is right to execute your idea
3) Iterate: take in the feedback, be a rigorous editor, and refine your idea