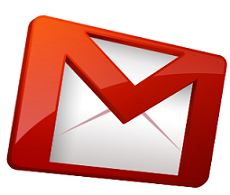 Google released a storage software update that introduced the unexpected bug, which caused 0.02% of Gmail users to temporarily lose access to their email on Feb 27th. Google is working hard to restor Gmail service to about 40,000 Gmail users after a software bug deleted their e-mail messages, folders, labels and filters.

Ben Treynor, Google’s VP Engineering and Site Reliability Czar, said on Google’s Gmail blog that Google backs up all Gmail to tape. “Since the tapes are offline, they’re protected from such software bugs,” he blogged. “But restoring data from them also takes longer than transferring your requests to another data center, which is why it’s taken us hours to get the e-mail back instead of milliseconds.”

The easiest and better options to create a local back up of your e-mail is to use a basic POP3/IMAP e-mail client such as Mozilla Thunderbird, Apple’s Mail app, or Windows Live Mail.

If you don’t like using an e-mail client for daily use and prefer to use the Web interface instead, put your desktop program or email client on a regular schedule. Even if you launch your desktop client once a month, you will at least have the bulk of your mail stored offline.