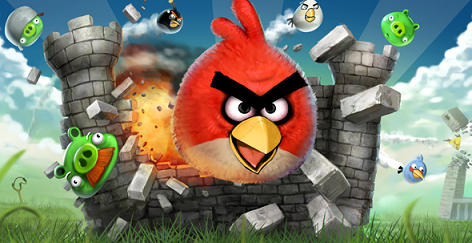 The freemium Android release of Rovio Mobile’s wing-slinging hit has been downloaded over 30 million times, according to Rovio’s Peter Vesterbacka, who spoke at GDC as part of a Google-run Android monetization panel.

Angry Birds, recorded more than 30 million downloads across different mobile platforms back in December 2010, with 12 million of those being paid downloads on iPhones, iPads, and iPod Touches.

But on Android, the game is free, and is supported by advertising. As of December 2010, Angry Birds had been downloaded more than 5 million times on Android since that version launched in October in the same year.

And on the iPhone alone, people spend a collective 65 million minutes a day playing the game.