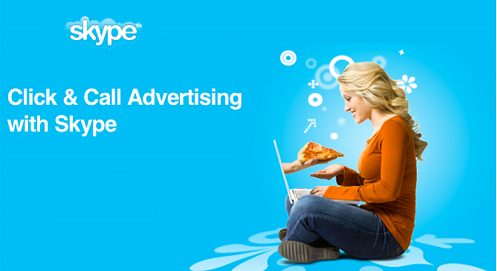 Skype has partnered with leading companies: Meebo in the U.S., Ad2One in the U.K., and Ströer Interactive in Germany to sell advertising for Skype in each of their respective markets.

With 145 million average monthly connected users for the fourth quarter of 2010 and 29 million concurrent users at peak times, Skype’s reach and engaged user base makes it an attractive platform for brands to market their products. The first advertisers to sign up with Skype include: Groupon, Nokia, Universal Pictures, and Visa.

Skype “Home” provides a sponsored large masthead space at 650 x 170 pixels expandable to 650 x 340 pixels for advertisers to display ads that can include audio or video. Since the ads are on Skype, advertisers can add a Click & Call button in the ad as another call to action.

In addition, it allows people to share the ad to their Facebook or Twitter accounts, and with one-click, ads can also be closed with the “Close Ad” button.