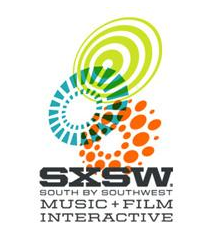 South by Southwest (SXSW) is a set of film, interactive and music festivals and conferences that take place every spring (usually in March) in Austin, Texas, United States. Twitter, Foursquare, Foodspotting, PhoneBooth Free and GameSalad and other startups have made their marks at past SXSW events. Robert Scoble has outlined the following advice for startups launching at SXSW 2011.

# Launch a couple of weeks before hand. This should have been a couple of weeks ago.
# Get as much PR right beforehand as possible
# Do things AT SXSW to get people to talk
# Build something that takes advantage of the very early-adopter audience that’s there.
# Build off of the systems that attendees are already using
# Make sure your systems rock on mobile
# Take advantage of bigger companies and bigger parties
# Make sure your staff has a staff shirt.
# Think about the swag you’ll hand out
# Create viral loops whenever you can
# Yes, bring business cards
# Influence the influencers

Other Tips you could consider if you are attending SXSW 2011 as a startup team.

# Make sure you’re well tested and ready to handle a load of traffic from the get-go.
# Run a contest on Twitter to get your name in the buzz.
#Make sure you’ve got a way to collect contact info that is scaleable.
# Use social media now to authentically communicate and connect with people who are going to SXSW.
# Connect with possible vistors one at a time.
# Secure presenter’s presence in a panel that will allow you to really plug your company amongst those most interested in your offerings/company objectives.
# Reach out to other influencers