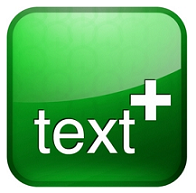 GOGII , the mobile communications technology company and creator of the textPlus app has released the recent metrics for the textPlus app. The app’s new social features including topical chatrooms, personalized profiles, people search and photo sharing have contributed to the growth of its user base.

The app’s most recent metrics include:

The textPlus team will be out in force at Austin’s SXSW Interactive Festival this week, kicking off its Groups4Good charity fundraising campaign.

Available at the appstore