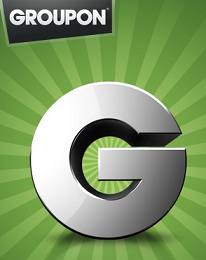 Groupon is a deal-of-the-day website that is localized to major geographic markets worldwide. The service was Launched in November 2008.

The daily deals website saw its revenue surge to $760 million last year from $33 million the previous year, with more than a third of its 2010 sales coming from outside the U.S according to an internal memo.

The email, sent by Groupon Chief Executive Andrew Mason to staffers in early January, also reveals the founder’s grand ambitions for the company he started three years ago. Mr. Mason writes that he hopes to achieve “billions in revenue” in 2011.

Groupon raised $950 million in financing from private investors early this year. It is also preparing for an initial public offering later this year. Groupon had grown to more than 4,000 employees and expanded to 565 cities at the end of 2010, up from about 120 employees and 30 cities in 2009, according to the memo. Groupon now has 51 million subscribers to the email it sends to promote deals, and hopes to increase that number three-fold, to 150 million, by the end of this year.

Apart from Groupon, there are hundreds if not thousands of daily deals site and apps that have emgerged in recent times. Google, Facebook, Yahoo and recently Microsoft have all created daily deals services for their audience.

I beleive there are still lots of opportunities that can be explored in this sector. It will not just be deals in the coming years, but other service that will be of immense value to consumers will be added and whoever does that will disrupt this industry.