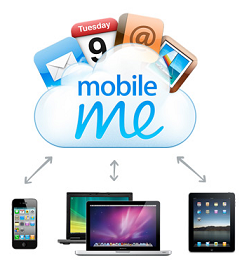 iLounge has released a report that Apple plans to release a free, overhauled version of its online storage service in April. The report matches earlier rumors that such changes to MobileMe were expected sometime this year.

Adding further fuel to the new MobileMe rumor, Apple confirmed late last month that its new 500,000-square-foot data center in North Carolina — the company’s largest — would be at least partially devoted to the support of iTunes and MobilMe services.

MobileMe keeps your mail, contacts, and calendar information in the cloud and uses push technology to keep everything in sync across your iPhone, iPad, Mac, PC, and the web automatically. So no matter where you go or which device you use, all your information is up to date — no docking required.

When you join MobileMe, you get a me.com email account that’s always up to date and in sync, no matter where you check it. MobileMe constantly looks for new messages, so you don’t have to. They’re pushed to your iPhone, iPad, and iPod touch automatically, and you’re notified as soon as they arrive.