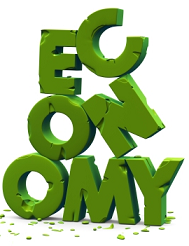 For all the talk of small businesses and startups driving the US economy, just how important are they? According to data from the Kauffman Foundation and the US Census Bureau, without the jobs they create, yearly employment growth would be negative.

The study found that while startups do tend to decline slightly during downturns, they remained fairly robust in even the most severe of the sample period’s recessions.

According to Robert E. Litan, vice president of Research and Policy at Kauffman. “In a recession, you tend to get a lot more people starting companies because they can’t do anything else, and the number of start-ups is actually remarkably stable.”

Like Paul Graham says, I see startups succeed or fail every day based on the qualities of the founders. The economy has some effect, certainly, but as a predictor of success it’s a rounding error compared to the founders. If you’re worried about threats to the survival of your company, don’t look for them in the news. Look in the mirror.

A lot more people have discovered the opportunities startups can offer and many have taken their chances. The last quarter of 2010 witnessed increased investor confidence in startups. Startups continue to receive huge investor support and a lot more are exiting at good prices this year.

You may be on to something big, hold on to your idea and give it a try. Remember we are still waiting for the next Facebook and Google. Prices of web resources, products and cost of living may not be favorable, your bills and taxes could be piling, but you have a shot. You may not the wealthy one but somebody will find your service or product useful.

Here are some of the best recent articles on business and the economy:

Read more about Wholesale prices up 1.6pct. on steep rise in food via Yahoo! News

How much wealth is “wealthy”? The Wealthy Need $7.5 Million to Feel Wealthy via Bargaineering

Don’t want your energy bill to cost you? Answers here: How to Save Money on Your Energy Bill was recently featured on online business degrees

San Francisco and Payroll Taxes: San Francisco Doing Everything It Can To Drive Zynga and Twitter Away via Techcrunch

Looking forward to your startup soon. Let me know about it when you launch. If you have already launched shot me a mail: thomas[a]alltopstartups.com