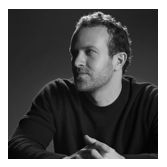 Jason Fried is the co-founder and president of 37signals , a Chicago-based company that builds web-based productivity tools. Fried is the co-author, with David Heinemeier Hansson, of the book “Rework”, about new ways to conceptualize working and creating. 37signals’ simple but powerful collaboration tools include Basecamp, Highrise, Backpack, Campfire, Ta-da List, and Writeboard.

Jason’s thoughts and lessons on company culture. You could sum up Jason Fried’s philosophy as “less is more.”

# You don’t create a culture. Culture happens. It’s the by-product of consistent behavior.
# We always try to hire people who yearn to be master craftspeople, that is, designers who want to be great designers, not managers of designers
# 37signals has always been a flat organization. In fact, flatness is one of our core values.
# Real cultures are built over time. They’re the result of action, reaction, and truth. They are nuanced, beautiful, and authentic. Real culture is patina.
# People go to work and they’re basically trading in their work day for work moments
# Instead of rewarding high performers with managerial responsibilities—which often drives people further away from the job they are actually good at—we reward with responsibilities closer to the work.
# Cancel your meetings. Things will still get done!
# Replace active communication, like conversation, with passive forms such as email, IM and collaboration tools.
# Nearly everyone at 37signals touches our products at one point or another.
# Groups that manage themselves are often better off than groups that are managed by a single person.
# What we learned is that adding a dedicated manager and creating a hierarchy is not the only way to create structure. Instead, we decided to let the team be entirely self-managed.
# I don’t believe in the 40-hour workweek, so we cut all that BS about being somewhere for a certain number of hours. I have no idea how many hours my employees work — I just know they get the work done.
# “Rework” is our recipe for doing business.
# We rarely have meetings. I hate them. They’re a huge waste of time, and they’re costly. It’s not one hour; it’s 10, because you pulled 10 people away from their real work.
# Moving ambitious people upward tends to lock down other capable people on the team.