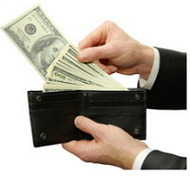 April 2011 was another busy month for most investors. Some startups secured funding for resource expansion, increase in workforce to secure strategic partners to expand to new markets. The following startups recorded various rounds of funding in the month of April 2011.