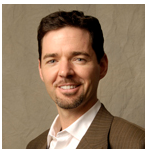 Scott Dunlap shares his thoughts on common mistakes that first timers make when raising series A.

Here are the ones I most commonly see (or did, for that matter):

1) Putting too much attention on technology and team in the pitch, and not enough on use case, market, and model. The worst case scenario for VC investing is getting in too early – best to prove this is the right time for your solution.

2) Not being specific about what you will do, and what you will prove out in what time, with the Series A money. It should be “we will do x, y, and z” not “this gives us 18 months of burn with 6 employees”.

3) Wasting time with investors who say maybe (or in VC lingo, “wow we’re really impressed with what you’ve done, let’s circle our team and get some feedback to you, we can make a decision quickly”), and thus overshopping your deal (10+ VC’s). Similarly, pitching to a VC just because they are on the list, rather than knowing why they are a good fit.

4) Not asking for direct feedback from VC’s to help you improve from one meeting to the next. Best question to ask – “what areas of risk most concern you about this opportunity?”. When they answer, counter with comparisons so you can get a read on how they feel. For example, if they say “adoption risk…how fast can consumers adopt”, ask them to clarify, then say “and this is more important than team risk? market risk? competitive risk?”. It’s a good way to get a conversation going from an audience inclined to not give advice freely.

5) Not having a specific timeline for closing a deal, and having it drag out forever. Similarly, not having some planned achievements that occur during this timeline to give investors a sense of momentum.

6) Thinking that being under your expense plan deserves a pat on the back, rather than spending on goal to prove out all the ways to grow the business as quickly as possible. This is about investing, not about getting in under budget.

7) Not asking your new VC about their preferred engagement style, best and worst experiences, expectations on communication, and agreeing on the top 3 metrics to measure.