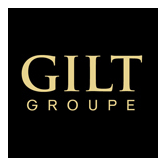 Gilt Groupe provides invitation-only access to highly coveted products and experiences at insider prices. Each day, Gilt offers its members a curated selection of merchandise, including apparel, accessories and lifestyle items across the women’s, men’s and children’s categories.

According the company website, Gilt Groupe has over three million members, and sales offerings including clothing, home décor items and luxury travel packages. The company has also been expanding internationally. It currently runs a Japanese flash sale site and in April announced the opening of an international headquarters and software development center in Dublin, its first European operation.