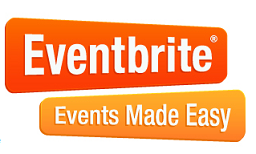 Online events and ticketing site Eventbrite has announced that it has raised a $50 million Series E round of funding led by Tiger Global with participation from several other firms.

Eventbrite says that with the new funding, it will continue to aim for bigger events, build more analytics and social media tools, and invest in its mobile products. In addition to established companies like Ticketmaster, Eventbrite is competing with newer startups like Ticketfly.

The new funding, more than double Eventbrite’s $20 million Series D from last October, will mostly help the company accelerate its expansion in the global market. Already, the company has a larger presence in the UK, Canada and Australia, and it’s in the process of opening an office in London. Western Europe is a big target going forward.

More than 10 million people have attended events ticketed by Eventbrite, and it’s on-track to process nearly $500 million in ticket sales this year, the company says. The new round was led by Tiger Global Management and brings Eventbrite’s total funding to $79.5 million. Past investors include Sequoia Capital, DAG Ventures, and Tenaya Capital.