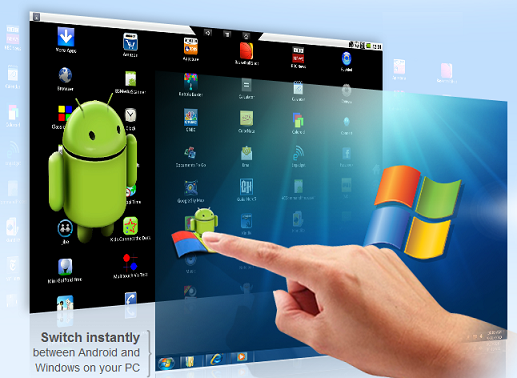 BlueStacks wants to bring your favorite Android games, news or travel apps to your Windows PC. BlueStacks is a new service which has announced $7.6 million in financing today from Ignition Partners and others. The company says that it “plays Cupid” between Android apps and Windows, allowing users to download Android apps to any x86-based Windows device.

BlueStacks CEO Rosen Sharma, the former CTO at McAfee said that “Our vision is for an entirely new type of experience that supports the consumer interest in Android and also allows them to access some of the most valuable enterprise applications, enabling them to use their device of choice for work and play”

The investment from Ignition marks the latest bet by the Bellevue venture capital firm in a Bay Area company. BlueStacks is based in Campbell, California, with operations in India and Japan. As a result of the deal, Frank Artale from Ignition will join the board.