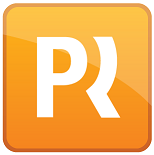 PostRank delivers objective, real-time data and analysis on any topic, trend, or interest relevant to you or your business.

In a statement published on the company’s blog, PostRank said: “From the seed of an idea in late 2006, to the launch of PostRank in mid 2007, and an incredible four years of continuous learning, iteration, and developing and launching new products—what an amazing experience it has been. And yet, the best is still yet to come. Today, we are excited to announce that PostRank has been acquired by Google!

The team further stated that ” We are extremely excited to join Google. We believe there is simply no better company on the web today that both understands the value of the engagement data we have been focusing on, and has the platform and reach to bring its benefits to the untold millions of daily, active Internet users. Stay tuned, we’ll be sure to share details on our progress in the coming months!”

The team will be relocating from Waterloo, Ontario to Google’s Mountain View, Calif. offices.