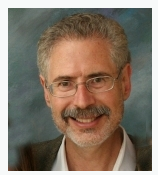 Steve Blank is a Silicon Valley-based retired serial entrepreneur, founding and/or part of 8 startup companies in California’s Silicon Valley. He has had a 33-year career as a successful businessman, conservationist and teacher.

# After retiring from E.piphany the day before its IPO in September 1999, Blank served on two public boards (Macrovision and Immersion) and several private companies. He continues to selectively advise Silicon Valley startups.

# Steve Blank is the author of the popular book “Four Steps to the Epiphany” (A guide to building early stage companies).

# Steve has moved from being an entrepreneur to teaching entrepreneurship to both undergraduate and graduate students at U.C. Berkeley, Stanford University and the Columbia University/Berkeley Joint Executive MBA program.

# In 2009 he was awarded the Stanford University Undergraduate Teaching Award in the department of Management Science and Engineering.

# In 2010 he was appointed to the Expert Advisory Panel for the California Ocean Protection Council.

# Blank views entrepreneurship as a practice that can be managed rather than purely an art form to be experienced. His Customer Development methodology is rooted on startups “getting out of the building,” talking to customers and using that feedback to develop and refine their product.

# Steve Blank’s list of recommended books for startups is a great resource for you if you intend to start a company or are running a startup.