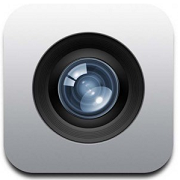 The days of filming a live concert or sporting event on your iPhone may soon be a distant memory. Apple is developing software that will sense when a smartphone user is trying to record a live event, and then switch off the device’s camera. Anybody holding up their iPhone will find it triggers infra-red sensors installed at the venue.

These sensors would then automatically instruct the iPhone to shut down its camera function, preventing an footage from being recorded.Only the iPhone’s camera would be temporarily disabled; other features, such as texting and making calls, would still work.

Apple filed a patent application 18 months ago in Calfornia. It has just come to light after being obtained by The Times according to the Daily Mail (via Pitchfork).

The real reason Apple is developing the technology is to placate broadcasters upset that members of the public are posting footage of events on websites including YouTube when they have bought the exclusive rights.