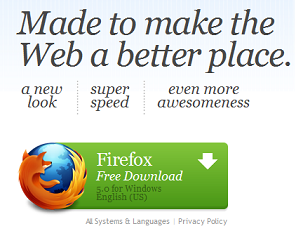 Just three months after the release of Firefox 4, Mozilla has pushed out Firefox 5 for the desktop and Android devices.That’s a big change from the two years it took to move from Firefox 3.5 to Firefox 4.

The big new features, courtesy of the release notes include: