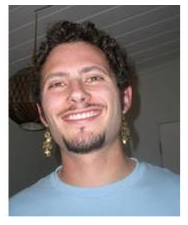 Ever since I was a little kid I wanted to be rich. I think most of us do, but never think of how to get there. I’ve spent a lot of time failing / succeeding, so I thought I’d put together a delicious recipe that everyone can enjoy about how to build a billion dollar business. This recipe only serves one. I once had a friend who was a child prodigy and HIGHLY respected in the Silicon Valley community. His only goal was to create a billion dollar business. Nothing else mattered. Ideas were either way too small or didn’t monetize well enough. He took 1 year to build things and one grew very large. However, at the end of the year, he threw it all away. WHAT!?! What happened? He had millions of users but no real product, no value, no love, no engagement, just tons of users with nothing for them. So what recipe / formula did he use? He put the business before the users.

There is a simple recipe to creating a large large business:
Focus. Focusing on how you can be a big business is the first mistake. Instead focus on creating something ultra valuable that people can’t live with out. The question to ask is, “How would you feel if we weren’t around anymore?” If they say they would die you’ve got a hit. Focusing on large billion dollar exits only sets your site way too far in the future and misses all the details you need to get there.

Small. IBM, Facebook, Google, Mint, Microsoft, etc… All these companies were started by just a few people. They are not overnight billion dollar companies. They were a few people who came together to solve a problem. I doubt anyone planned from day 1 to make a billion dollars. Large things form from small. So don’t fret your idea isn’t worth a billion dollars today, just plant it like a seed in the garden.

Time. Around 99.9999% of companies have not created over a billion dollars in value in less than 3 years. Are you in? Seriously, how long do you want to do it?

Validate. Make sure before you start building something you have an idea of the problem you are solving. We spent 6 months building betarcade.com (it’s not live, so don’t bother checking). That’s a lot of time and money we wasted, which could have been spent questioning users, doing surveys on surveymonkey and putting up ads to see what
conversions would have been like for peoples interests. Ask for an upfront contract with people you talk to. Go even further and make them pay you ahead of time.

Learn. The best thing you can do is fail. Not fail fast kind of stuff but just make tons of mistakes. You should be asking that after everything you do. Make sure not to spend all your time reading articles like this one, so you can balance it with creating, failing and learning from your mistakes.

Organizational behavior. I am not the most organized person but here are a Few tips of successful companies:

a) Daily check ins with everyone in the company about what they are doing that day.
b) Have a complete list of all things you are working on that everyone can see
c) Meetings are stand up and no more than 30 minutes. Anything else could be solved with less time / people
d) No more than 5 people in a meeting.

Objective. Work backwards. I had a friend who wanted to be a NY Times best seller. I asked how many sales did he need to make to the list. He had no idea. We then figured out the amount and worked backwards through marketing channels, priorities & strategies to guarantee that he would get the specific number of sales needed.. He did!