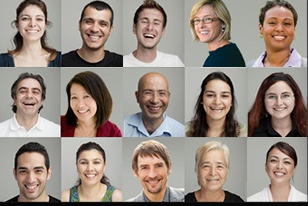 With unemployment remaining at a stagnant 9.1%, the number of U.S. freelancers is on the rise –independent workers make up 30% of America’s workforce according to the Freelance Union. Most importantly, freelance professionals are happier than ever with their independence, according to a national survey from Elance, a platform for online employment. The survey reveals interesting data regarding the attitudes, demographics and motivations of U.S. freelancers as these independent workers transform the workforce. A few key findings from the survey include:

1. Faces of Freelance: While independent workers span generations (Millennial:  26%, Gen X: 42% and Boomers: 31%), the typical online freelancer is more likely to be female (60%) than male (40%). In addition, education ranks high in the online world; 80% of independent workers have a professional degree.

2. Job Satisfaction: Freelancers rank high on the happiness scale:  80% are optimistic about their career path and 61% are happier working as independent professionals than as employees.

3. Career Reinvention: Nearly 1 in 3 workers began freelancing to be their own boss and work on the type of projects they love. The top benefits of freelancing include the ability to control their own schedule (90%), following their passion (87%) and eliminating the commute (85%).

4. A Lucrative Independence: Freelancers are nearing $400 million in earnings on Elance, as 47% of freelancers said their income increased in the past 12 months.