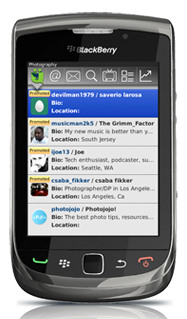 UberMedia, an independent provider of applications for reading and posting to Twitter and other social media platforms, today announced the release of UberSocial 1.2 for BlackBerry.