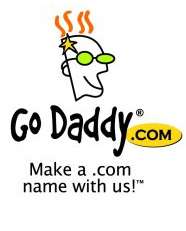 GoDaddy, the world’s largest domain registrar, has been sold to three private equity firms in a deal valued at $2.25 billion, the company announced late Friday.

The purchase, which includes assumption of the company’s debt, was announced Friday afternoon by Go Daddy and the group of firms, made up of KKR & Co., Silver Lake Partners and Technology Crossover Ventures.