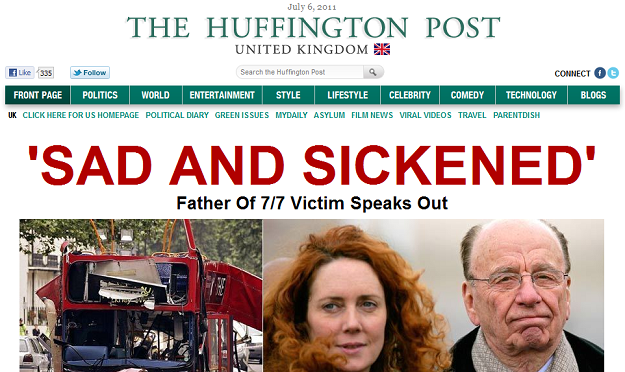 High profile bloggers already lined up to contribute through the site include Tony Blair, Jeremy Hunt and Sarah Brown as well as comedy and entertainment luminaries such as Ricky Gervais, Tracey Ullman, Imogen Edwards-Jones, Jonathan Meades and Kate Garraway.

The Huffington Post (US) was founded in May 2005, and has become an influential and oft-quoted media brand, “The Internet Newspaper.” It attracts 36 million* readers and only last month overtook the New York Times to become the world’s biggest newspaper online. The UK site offers coverage of politics, entertainment, living, style, world news, technology, comedy, and is a top destination for news, blogs and original content. In the coming months, The Huffington Post UK will evolve to feature even more content across a whole range of genres.