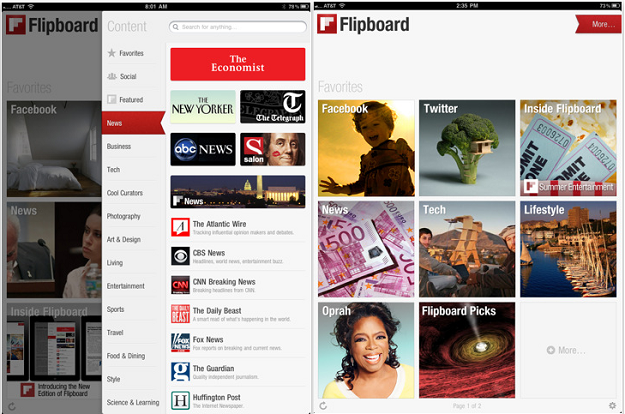 Flipboard is a beautiful iPad app that looks at the content your friends are sharing on Twitter and Facebook and reformats it into a digital, interactive magazine.

Flipboard has received $10.5M in Series A funding and $50M in Unattributed funding. Flipboard got Oprah Winfrey to see its product within a year. They were given one of Time magazine’s invention of the year awards. They were named the iPad App of the year by Apple . Study how they did that below.