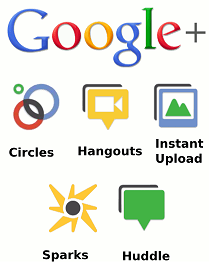 An estimate from Ancestry.com founder Paul Allen suggests Google+ may hit the 10 million member mark in the next 24 hours. If the invite button is left on.

In a post on Google+ Paul stated “My surname-based analysis shows that the number of Google+ users worldwide reached 7.3 million yesterday (July 10) – up from 1.7 million users on July 4th. That is a 350% increase in six days. The userbase is growing so quickly that it is challenging for me to keep up, since the number of users of any given surname (even the rare ones I am tracking) seems to be climbing every day.

He further stated “More impressive than last week’s growth is the astonishing growth in users from yesterday at mid-day to tonight — a 30% jump. My latest estimate tonight shows approximately 9.5 million users. This suggests that 2.2 million people have joined Google+ in the past 32-34 hours.

Paul Allen projects that Google will easily pass 10 million users tomorrow and could reach 20 million user by this coming weekend if they keep the Invite Button available.