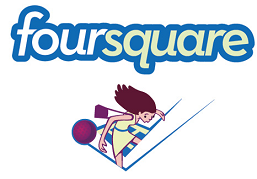 Foursquare is a location-based social networking website based on hardware for mobile devices. The service is available to users with GPS-enabled mobile devices such as smartphones. Users “check-in” at venues using a mobile website, text messaging or a device-specific application by running the application and selecting from a list of venues that the application locates nearby.

In January 2011, foursquare was named Best Location Based Service in the TechCrunch Crunchies 2010. As of June 2011, the company reported it had 10 million registered users. On June 24, 2011 Foursquare raised $50 million on a $600 million valuation.

Dennis Crowley, Co-founder of Foursquare shared these lessons in various interviews and on the foursquare blog. Here are the things you should copy from Foursquare.