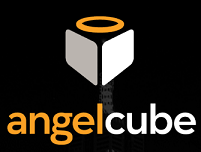 Serial entrepreneur Andrew Birt’s AngelCube will begin to accept applications for Melbourne-based start-ups to become the first group of participants for his latest venture AngelCube from 29th July.

AngelCube is looking to back a handful of exceptional Melbourne based web entrepreneurs and help them get to the next level with funding, mentorship, marketing and pathways.

Initially, AngelCube will have about $200,000 to invest in four to five online ventures. It’s believed the group’s first project is Cub.io, which lets users win prizes among their friends.

Successful applicants will be given an average of $25,000 and free office space in StartUP Marketing’s Melbourne office. They will also undertake a three-month mentorship program.

Birt, who founded marketing agency StartUP Marketing in 2009, is also the founder of start-up job board Snowballer and co-founder of small cap investment firm Catvielle Capital.He’s now focused on the early stage investment market, as the lead investor and chief executive of AngelCube.