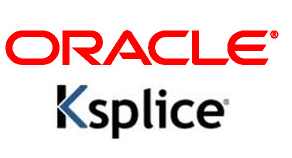 Redwood Shores-based Oracle said Thursday that it has acquired Ksplice, which operates a service to keep Linux updated with kernel security updates. financial terms of the acquisition were not disclosed.

The addition of Ksplice’s technology will increase the security, reliability and availability of Oracle Linux by enabling customers to apply security updates, diagnostics patches and critical bug fixes without
rebooting. Oracle believes it will be the only enterprise Linux provider that can offer zero downtime updates, and expects to make the Ksplice technology a standard feature of Oracle Linux Premier Support for the Unbreakable Enterprise Kernel.

Ksplice is short for kernel splicing, and it was created by Jeff Arnold, Tim Abbott, Waseem Daher, and Nelson Elhage, who were students at the Massachusetts Institute of Technology. The Ksplice tool won a $100,000 entrepreneurial prize from MIT in 2009.

The company was incorporated in 2010, and Ksplice tried to make money selling bootless security patching for Red Hat Enterprise Linux and its CentOS clones and its Fedora development release precursors, as well as for Debian and Canonical’s derived Ubuntu Linux.

Ksplice Uptrack had 700 customers and had done over 2 million updates on over 100,000 servers in its relatively short life.