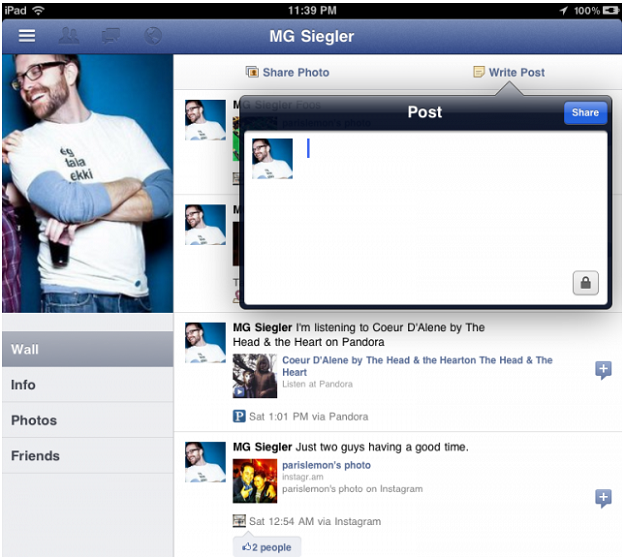 He said “For the past couple hours, I’ve been using Facebook’s iPad app. Well, I should qualify this. I can’t be sure if this is the version they’ll actually ship, but based on everything I’ve seen, I’m going to assume it’s at least very close to the version they’re going to ship. While much of it is written with HTML5 (as you might expect from Facebook), the native iPad work is very good too.”

He further stated “the Facebook iPad app uses a left-side menu system that can be accessed by the touch of a button or the flick of the iPad screen. The app also makes great use of the pop-overs (overlay menus) found in other iPad apps. When you flip the iPad horizontally, the list of your online friends appears and you can chat with them as you do other things on Facebook. The photo-viewer aspect looks great — similar to the iPad’s own native Photos app. Places exists with a nice big map to show you all your friends around you.”