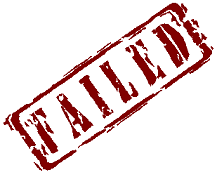 I have written about a lot of successful startups in the past. I could not help but write about these dotcom failures when I realized just 13 startups had raised over $2.5 billion in funding. Starting a business has its downturns, and these startups have been recorded as some of the greatest failures in dotcom history.They raised millions of funds, operated for some time and failed. They may have done all the research needed, investors believed in the business models and they probably made lots of press coverages but they still failed to stand the test of time. So what exactly can you do wrong to cause your downfall. Could it be the economy or your own management practices?