CNN has announced today that it is acquiring Zite, a Canadian tablet software developer. Zite is a personalized magazine for your iPad that automatically learns what you like and gets smarter as you use it. 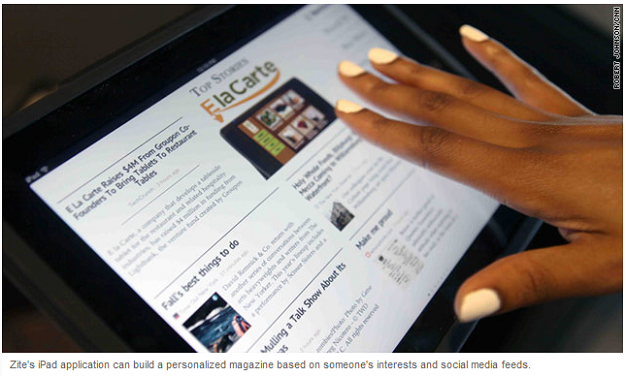 Zite gives you personalized news, articles, blogs, videos and other content from a variety of both mainstream and niche publications and sites. Zite can personalize by syncing with your Twitter or Google Reader account or on its own.

The app was downloaded 120,000 times during the week it debuted in March; a spokeswoman declined to provided current user statistics.

“We think we can advance this industry in a meaningful way that helps content creators expand their businesses while growing the distribution of a product they already love,” Estenson said. “The Zite technology can also help CNN’s websites and apps serve more personalized content, making our current digital services even better.”