Available for pre-sale today and on shelves next month, the Sony Tablet S device is optimized for rich media entertainment on its 9.4-inch touchscreen display. 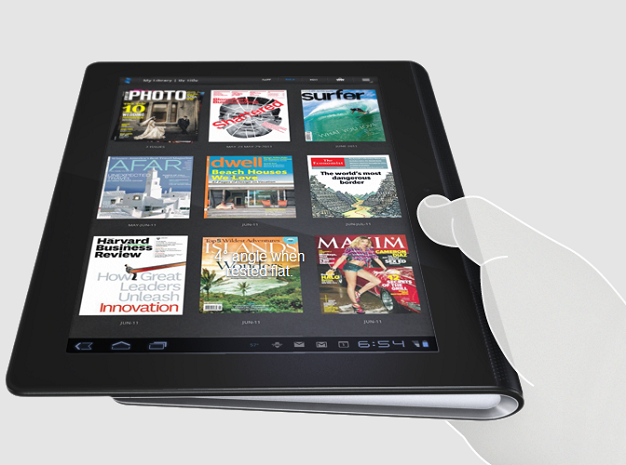 With a NVIDIA® Tegra™ 2 mobile processor, the Sony Tablet S device lets you enjoy the web as well as your favorite content and applications on its large, high-resolution screen. Weighing in at just about 1.33 lbs., its unique asymmetric design allows for hours of comfortable use and built-in Wi-Fi® compatibility means Internet connectivity virtually anywhere there’s a hotspot.

Both devices run on Android, Android 3.1 on Sony Tablet S devices(2) and Sony Tablet P devices will be equipped with Android 3.2 by the time they ship. Both models feature front and rear facing cameras that allow for video recording and capturing still images. The devices also support micro USB interface and SD card.