As part of the new Facebook unveiled yesterday at f8, Facebook has announced plans to help users find apps and other content based on how popular those things are with one’s own social circle. The more popular an app is with one’s friends, the more likely a user is to see it on their feed, CTO Bret Taylor said.

In a blog post yesterday, Bret Taylor wrote that:
App discovery is an important part of the Open Graph philosophy. The structure of the Open Graph enables apps to grow more quickly based on usage. The more engaging your app is, the more people will discover it on Facebook.

As people add apps to their Timeline, friends will be able to easily discover and connect to your app in just a few clicks, as they see it on not only each other’s Timelines, but in News Feed, or the newly launched Ticker. 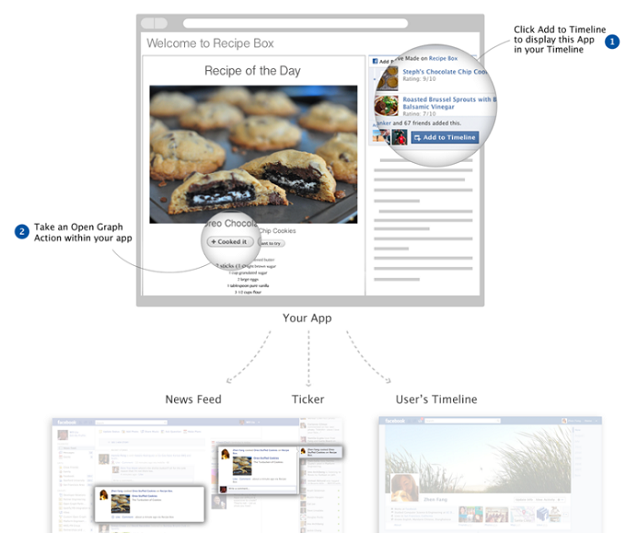