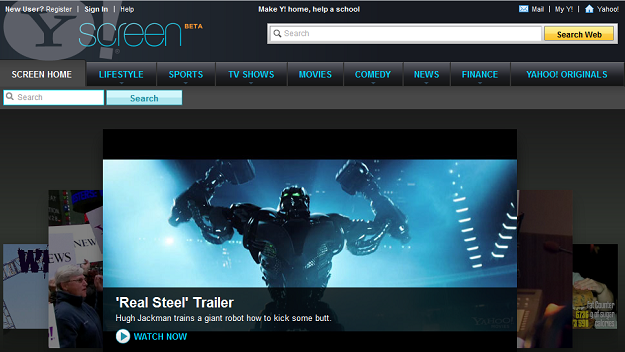 In the wake of the Hulu sale and its numerous bidders, Yahoo has decided to launch its own Hulu. The new Yahoo Screen allows you to watch any of the thousands of original and licensed video clips that used to be scattered across Yahoo’s content network.

Yahoo Screen features channels that include both snippets as well as complete television shows, like Modern Family and CSI, and shows from over 70 online sites, like Funny or Die and Break Media.

“The objective [behind the revamp] is to make it easy for me to watch and be entertained,” David Rice, Yahoo vice president of media properties, tells Fast Company.

The announcement follows news Monday that Yahoo will be partnering with ABC to feature more ABC content on the Yahoo network and to work jointly on producing original programming for Yahoo. Both announcements come during New York’s Advertising Week, when media companies jostle for attention from advertisers.

Yahoo Screen is currently only available on laptops and desktops. Rice promises that plans are in the works to bring it to mobile devices as well.