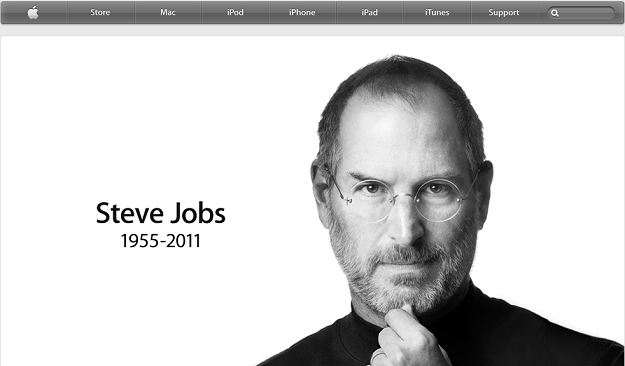 Steve Jobs, co-founder and former chief executive of Apple, has died at the age of 56.

Apple has also put up the following website in memory. They’re asking for “thoughts, memories, and condolences” to be shared by way of this email address: rememberingsteve@apple.com

Statement by Apple’s Board of Directors

CUPERTINO, Calif. — We are deeply saddened to announce that Steve Jobs passed away today.

Steve’s brilliance, passion and energy were the source of countless innovations that enrich and improve all of our lives. The world is immeasurably better because of Steve.

His greatest love was for his wife, Laurene, and his family. Our hearts go out to them and to all who were touched by his extraordinary gifts.

“Steve was among the greatest of American innovators – brave enough to think differently, bold enough to believe he could change the world, and talented enough to do it,” said Mr Obama

Bill Gates said Jobs’ “profound impact” on the world of technology would “be felt for many generations to come”.

Mr Gates added: “For those of us lucky enough to get to work with him, it’s been an insanely great honour. I will miss Steve immensely.”