Facebook app for iPad has finally hit the iTunes app store after several rumors of its release. According to rumors, Facebook had the app up and running in private for about five months. Facebook was keen, reportedly, to gain greater integration into iOS 5. With high-res photos, games, chat and more, now you can get the best of Facebook—on your iPad.

The app comes with a bunch of other new features: You can chat with friends right from your iPad, for example, or play games and use apps in full-screen mode. You can also watch high-res videos inline, record HD video and stream to Airplay devices.

Many of you have been asking about Facebook for iPad. Today, it’s finally here. With the iPad app, you get the full Facebook experience, right at your fingertips. It’s a fun way to keep up with friends, share photos, chat and more. 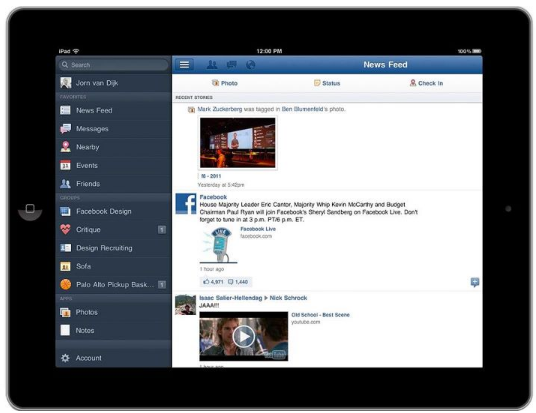