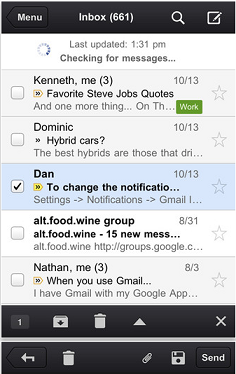 Google launched the official Gmail application for iOS earlier this month. But it had to be pulled from the App Store within 24 hours after its official launch because the app was buggy and unusable.

Today, Google has put the Gmail iOS app back in the App store and all the bugs have been fixed. Images embedded in HTML e-mails are now scaled to fit your screen and can be pinch-zoomed, instead of spilling off the screen by default.

The Gmail app is available for devices running iOS 4+.