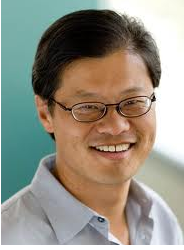 Jerry Yang is quitting the Yahoo! Inc. board and its management team. He has resigned from the company he co-founded back in 1995 with David Filo.

His resignation comes two weeks after the Yahoo! hired former PayPal executive Scott Thomson to be its new chief executive. Mr Yang was Yahoo’s chief executive from June 2007 until January 2009.

He said in a statement announcing his resignation:

“My time at Yahoo!, from its founding to the present, has encompassed some of the most exciting and rewarding experiences of my life. However, the time has come for me to pursue other interests outside of Yahoo! As I leave the company I co-founded nearly 17 years ago, I am enthusiastic about the appointment of Scott Thompson as Chief Executive Officer and his ability, along with the entire Yahoo! leadership team, to guide Yahoo! into an exciting and successful future.”