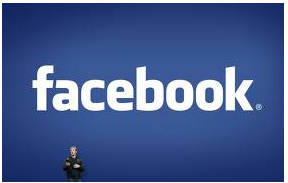 Facebook is looking to raise $5 billion after filing papers for an initial public offering on Wednesday. With the IPO set for May, the social network has not yet announced its stock pricing. Facebook’s user and revenue growth were clearly stated in the filing.

Facebook has been valued between $75 and $100 Billion dollars in the largest Internet initial public offering on record. The facts of the social network’s user and revenue growth as recorded in the filing are as follows:

# In a letter from founder and CEO Mark Zuckerberg about Facebook’s purpose, he stated: “Facebook was not originally created to be a company. It was built to accomplish a social mission — to make the world more open and connected. We think it’s important that everyone who invests in Facebook understands what this mission means to us.”

# Facebook reported revenues of $3.7 billion in 2011, an 88 percent increase over the prior year, and earned a $1 billion profit.

# The company ended the year with $3.9 billion in cash.

# Mark Zuckerberg, 27, is the company’s top holder with 28.4 percent of the shares. He also has proxy agreements with fellow stockholders that potentially give him voting control over more than half the shares.

# Facebook CEO and co-founder Mark Zuckerberg also enjoys the use of a private plane, the filing revealed, and earned a base salary of $500,000 last year, more than triple the salary of Google co-founders Larry Page and Sergey Brin when Google filed for its IPO.

# Zuckerberg requested that his base salary be reduced to $1 per year, effective January 1, 2013.

#  Facebook has a total of 845 million members, more than half of whom, or 483 million, return to the site daily.

# Facebook users have shared more than 100 petabytes (100 quadrillion bytes) of photos and videos with Facebook, and produced an average of 2.7 billion “likes” and comments a day in the final three months of 2011.

# Facebook has reached a 60 percent penetration in the U.S. and U.K.

# Mobile is also now half the user base, with 425 million monthly actives.

# “There are more than two billion global Internet users,” its S-1 filing states, “…and we aim to connect all of them.”